Designing proof of identification that works for everyone

The Department of Internal Affairs (DIA) is looking at new ways for people to be able to prove their identity when they are applying to get services. This work is just one part of a broader government programme that aims to put people at the centre of everything we do and give everyone better control over their information.

Proving who you are isn’t easy for everyone

For most of us, identification (ID) isn’t something we have to think about very often. If we turn up somewhere and don’t have the ID we need, at worst, it can be a little inconvenient — we have to go all the way home, find it and go back, ugh!

But let’s take a second to think about people who may have a more difficult time.

Imagine you’re a woman who escaped from domestic abuse — and you had to leave the relationship in a hurry without your documents, so you no longer have ID to open a bank account to receive a benefit.

Or you’re deaf, and you’re asked for a form of ID you don’t have in order to get funding for hearing aids — but you can’t get a job to save up to pay for the ID because you need hearing aids to be able to work.

Or you’re blind, and you’re asked to prove your identity with a driver licence or passport to get a service, but it’s illegal for you to have a driver licence and you don’t have a passport.

What happens to people who struggle to get the ID they need to be able to live their lives?

This is what we set out to discover.

We started by talking to service providers, who told us that — in most cases — they have to turn people away if they don’t have the required identification documents.

Some providers told us they try to help people who don’t have ID by offering them another way to get the service — but this help is dependent on individual staff being willing to go the extra mile to help someone, rather than an agreed process.

Next we talked to people from organisations that support disadvantaged groups, like:

These organisations helped us to understand:

Lastly, and most important, we talked with people in vulnerable situations, who shared their stories with us and what it was like for them to try to access government services. These people came from different backgrounds and made up 7 different groups:

What we have learned so far

After wading through a mountain of post-it notes, numerous themes emerged to give us a clearer picture of the problems.

Using the information gathered under these themes, we created personas and user journeys showing typical pain points for these disadvantaged groups — difficulties that most of us never experience.

Some of the pain points

We developed deep empathy for the people we interviewed — these are some of the difficult experiences they described.

People who are blind talked about having to give up their privacy when they are forced to ask people to help them read information or complete an application form:

… but there’s some stuff (like medical information) you don’t want others to see.

People who have a hearing impairment described continually having to re-prove their disability:

It’s annoying and frustrating to have to keep proving I’m deaf, like I’m magically going to be not deaf anymore.

People who have learning disabilities told us the language used in application forms and to describe an application process was too difficult:

I couldn’t understand the big words.

People who came to New Zealand as a refugee explained how the identification document they arrived with is not accepted here:

Lots of people don’t recognise the Refugee Certificate of Identity.

People who are homeless spoke of being under such stress that they don’t have any mental bandwidth left to deal with ‘government’ or online forms, which they found too complex:

You can’t focus on anything but survival.

People who have been in prison described battling to break bad habits, but not having a bank account to receive a benefit that would help them get back on their feet:

If it weren’t for them (Prisoners Aid and Rehabilitation Society), I’d be on the street, frozen!

Women who have escaped domestic abuse

Women who lived in fear and felt relief at having escaped a controlling abuser, told us about how difficult it was to start their lives over again:

It was really hard because I didn’t have any confidence ‘cause he had done everything.

Designing a solution for everyone

Services are generally designed to meet the needs of the mainstream population, the so-called “80 percent”. The remaining 20 percent is often treated as the exception — but these are the people who are often struggling the most and who need services more than the average person.

When you flip that idea on its head and focus on designing for the 20 percent, everyone benefits. Look at how text captioning for videos, initially designed for the hearing impaired, now benefits us all — for example, when we want to watch videos on our mobiles with the sound off because we’re in a public place.

Designing for everyone is an ambitious goal. It involves changing mindsets, immersing yourself in the lives of people very different to you to develop empathy for their struggles,

The stories we heard motivate us to help. They motivate us to reflect and take on the challenge of discovering solutions. This could turn out to be a new product, a service – or a whole heap of interventions.

Control and privacy at the heart of our work

We want to put people in control of their personal information.

Having to pay for your ID to get a government service

Government agencies hold information or data on everyone. This ranges from your birth, health, income, property and vehicle records, to your visa, citizenship and tax statuses, and what financial entitlements you have.

The actual information — or identity — that government holds about you belongs to you, not to the government.

Yet when someone wants to get funding or claim a benefit they are entitled to, the government asks them to provide proof of their identity, often asking them to buy this information in the form of a document, such as a birth certificate, passport or driver licence.

Having control over what personal information is shared

Often the information you have to prove about yourself is minimal — for example, Work and Income needs your name, date of birth and citizenship status when you are signing up for a benefit. People often use their birth certificate to prove this information about themselves, but this document also shows their parents’ names and occupations — information that Work and Income don’t need.

Or if you’re asked to prove you’re old enough to drink in a pub, you might show your driver licence — when all you really need is something that confirms you’re aged 18 or over.

Wouldn’t it be great if you could control exactly what information is shared, when it is shared and with whom it is shared? And keep the rest private.

We’re now planning our next phase of workshops to explore ideas with groups across New Zealand.

The first question people ask us is ‘what type of solution are you aiming for?’ We don’t have one. We’re doing the research and will publish our findings in the next few months.

We’d like to encourage service designers, product owners, policy writers and planners to think about everyone right from the get-go, so we can create better solutions and a more inclusive society.

The challenge for government is to build better services for all New Zealanders — and we can only do this by working with those who are often excluded.

If you have ideas to contribute to this work, we’d love to hear from you.

Shane Ngan, Naomi McNae and Sophie Arnold have helped to develop a range of digital and non-digital services for DIA, and are champions of more inclusive human-centred design. 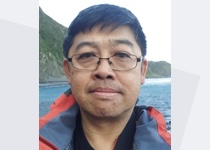 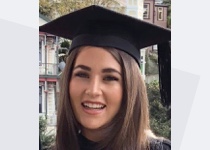